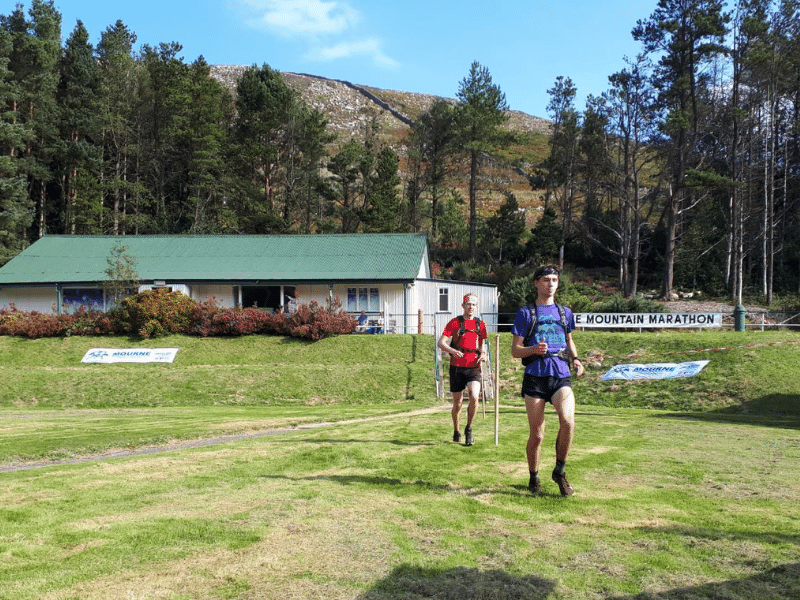 Wow…. I have just had a good look at the entry for this year’s event and can count nine former elite winners taking part.

Paul Pruzina and Philip Vokes who won two years ago and were stymied by injury problems last year, are probably the favourites, but Philip’s brother Matthew also a former winner and second, last year with partner Ben Windsor, must also fancy their chances. Last year’s winner Colm Moran with a different partner Jonny Quinn probably has other ideas on who should be favourite and other young teams to keep an eye on are Conor Short who has enjoyed top finishes in recent times, running this year with James Haynes and Conall Whelan and Oisin Brennan who recently ran a very impressive Rankin Round.

Talking of Rankin Rounds I see that the new record holder Stephen Shields has teamed up with Neil Talbott so that could be very interesting, as could the performances of those old war horses and multiple former winners Deon McNeilly and Eamon McCrickard, back in action after a few years furlonged…hum, wonder if that is the right word to use this year?

There are two ladies teams in the Elite category this year, Heather Corden and Helen Ockenden who did well in last year’s B category and Catherine McLaughlin and Joanne Wheeler, so that has the potential of a good battle for the honour of champion ladies. The mixed teams are also well represented, again another former elite winner Shane Lynch teamed up with Karalee McBride, they won the B class last year, battling it out with top performing regulars Paul Mahon and Moiré O Sullivan. Both these teams would be well advised to keep an eye on the local team of Paul Higgins and Marie Troeng and the vets Clive Coffey and Helen Cassidy, a team who know the Mournes like the back of their hands.

A scan down the B category reveals another former elite winner, Chris Jones with Emily Jones, good to see them back again and the same for Alasdair McCallum and Tommy Begley who have enjoyed plenty of high B class finishes over the years. There are a couple of teams which could do really well, the father and son team of Alan and Andrew Elwood who were second in the B class last year but maybe the biggest threat is the top orienteer Alan Bogle with partner Jonny Lynn. Other good teams abound in the B class so it could be a very competitive year.

Deon Jackson of our main Sponsor “Jacksons Sports” has been able to source a range of prizes and although we cannot present them at a prize giving as would normally be the case, we will post them out after the event.

The weather forecast is shaping up nicely for the weekend so I hope you all have a great socially distanced time and keep an eye out for Brian Layton in the C class, doing his 26 consecutive Mourne Mountain Marathon. You can’t shake his hand but I am sure you can let him know what an inspiration he is for us all.